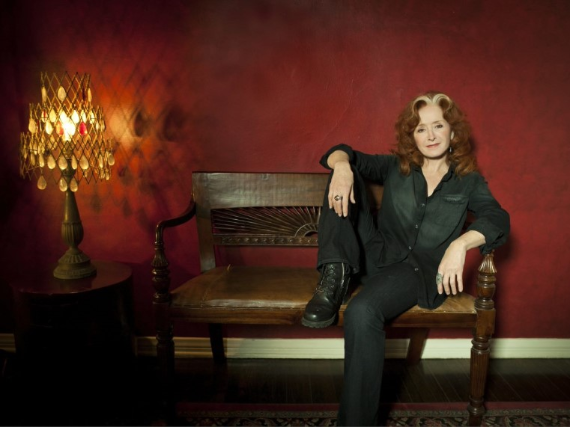 With 'Dig In Deep', her twentieth album, Rock and Roll Hall of Famer BonnieRaitt comes out swinging. The follow-up to 2012's triumphant 'Slipstream' — theGrammy-winning, Top Ten-charting first release on her own Redwing Recordslabel — the new record illustrates the delicate balance of consistency and risk-taking that has defined Raitt's remarkable career for more than forty-fiveyears."The response to 'Slipstream' was such a refreshing and unexpected boost," shesays. "So going into this album, I had renewed energy."For 'Dig In Deep', Raitt kept things focused and close to home. Feeling that herrecent, two-year-long tour was one of her best ever, she was eager to get hertouring band back in the studio. She  again produced the album herself (otherthan one track taken from her 2010 sessions with Joe Henry), and brought RyanFreeland back as the project's engineer. The resulting twelve songs draw on hercharacteristic, incomparable blend of blues, rock, R&B, and pop, from the funkof the opening "Unintended Consequence of Love" to the powerful, deeplypersonal ballad "The Ones We Couldn't Be."Notably, Raitt has writing credits on five of the album's songs, the most originalcompositions she has contributed to a record since 1998's 'Fundamental'. "I wasreally inspired to come up with some songs that went with grooves that Imissed playing in my live show, and to dig deeper into some topics I hadn't yetmined,' she said. "I don't write easily and can get distracted, but rememberinghow satisfying it was to come up with something new of my own, and writingwith guys I love — like my longtime bandmates George Marinelli and Jon Cleary— I found that once the wheels started turning, the music came pouring out."In addition to the originals, Raitt recorded material by some of her favoriteworking songwriters, and a couple of knock-out covers—a blazing version of LosLobos' "Shakin' Shakin' Shakes" and her sexy, slow-burn take on the INXS hit"Need You Tonight." 'Dig In Deep' features a healthy dose of the signature slidework from the woman Rolling Stone named one of the "100 Greatest Guitaristsof All Time," but also sees Raitt at the piano for two emotional, distinctivenumbers."I'm feeling pretty charged, and the band and I are at the top of our game,"says Bonnie Raitt. "This period of my life is more exciting and vital than I wasexpecting, and for that I'm really grateful. At this point, I have a lot less toprove and hey, if you're not going to 'Dig In Deep' now, what's the point?""I can't wait to get back out on the road and play these songs," she continues."The band has never sounded better and all of us together, with Ryan at theboard, is the reason this record kicks as hard as it does. I think all these yearstogether pay off, and the best part is that we know how lucky we are to stillget to make our livings doing something we love this much."