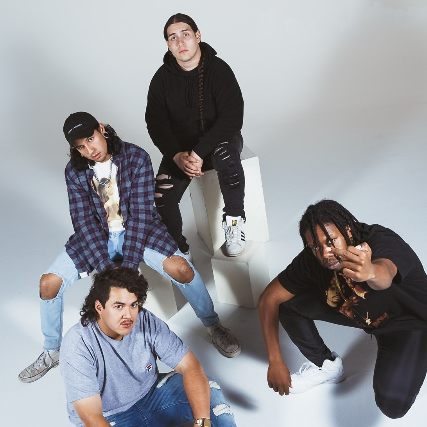 The cover of UNITYTX’s new EP, MADBOY, features a cartoon depiction of frontman Jay Webster shouldering a massive boulder, though from the illustration it’s hard to tell whether this represents the final step of a Herculean triumph or another entry in a Sisyphean sentence.

As it turns out, the Dallas-based hardcore/hip-hop band’s career has been both. Formed in 2014, the group has battled untold numbers of ups and downs, from numerous member changes to even more naysayers kicking back at their refusal to bow to genre norms — not to mention deep turmoil for Webster himself, including near homelessness and serious doubts about the viability of his musical dreams. Just when it seemed they were gaining traction, misfortune was always just around the corner looking to cut them down.

But now, with MADBOY set for release September 25 via Pure Noise Records, UNITYTX is living proof of the power of personal resilience and sheer will.