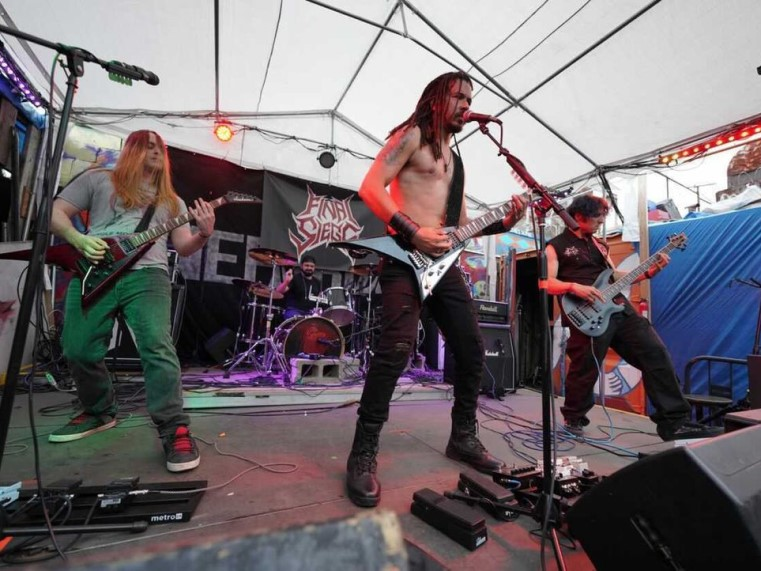 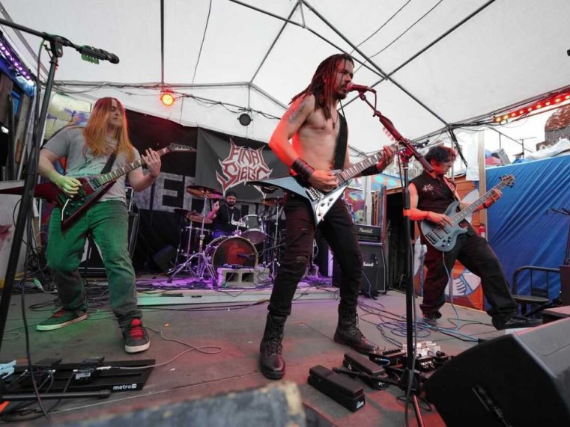 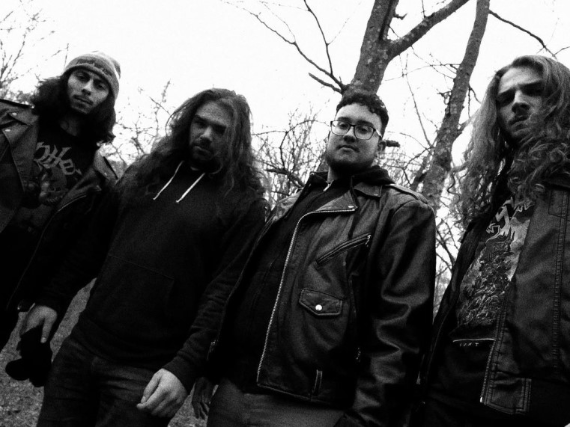 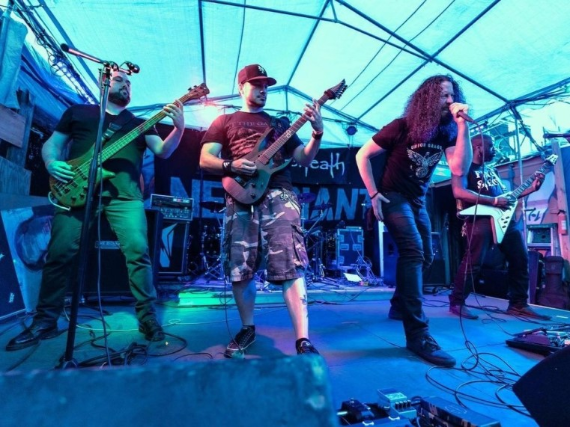 2011 Full-Length Release "Death Of The American Dream" available on Spotify, iTunes, CD Baby & more. Lies Beneath is a five-piece metal band with influences ranging from thrash to death- metal and hardcore. With classic dual-guitar attack, a crushing rhythm section, and dynamic vocals, this band creates an undeniable presence and demands captivation from any audience. Lies Beneath began forming amidst the trial-and-error of changing lineups in 2006 with original members Ben Serr and Andrew Czegledi. The band began heavily gigging the underground Long Island metal scene, quickly gaining a dedicated following. In the Summer of 2006, the band set out to record their first effort entitled "The Eidolon," a self-released LP featuring titles like "Exposure," "Mind Inside The Massacre," and "Combat Ready." Upon the album’s release, Lies Beneath began experiencing new heights of recognition. Constantly gigging the underground scene, they appeared at some of Long Island and NYC’s biggest clubs including Don Hills, The Knitting Factory, and The Crazy Donkey. In the summer of 2007 the band made another step that brought them closer to a completed roster by adding lead singer Nick Serr. In addition to being guitarist Ben Serr’s brother, he is also the founding vocalist of the NY-based cerebralcore band Engine, and brutal post-thrash group Resolution15. With the addition of Nick’s growls and soaring vocal lines, Lies Beneath was ready to unleash their crushing sound to new audiences. In September of 2007 Lies Beneath appeared at Locobazooka at the Tweeter Center in Mansfield, MA. Thousands of new fans caught a glimpse of some of the band's newest material when they shared the stage with Shadows Fall, warming up for Heaven and Hell, Alice Cooper, and Queensryche. In the summer of 2008 Lies Beneath had yet again made a crucial line up change with the addition of Spencer Guttenberg on bass guitar. With his vast skill and knowledge, the rhythm section had finally been tied together perfectly and the evidence was clear in the new writing. With the help of Corey Unger, guitarist and founder of the seminal New England hardcore group Blood Has Been Shed, Lies Beneath released their new full-length album entitled "Death of the American Dream" on July 2nd, 2011. For more info, music & artwork visit www.liesbeneath.com.
READ MORE + 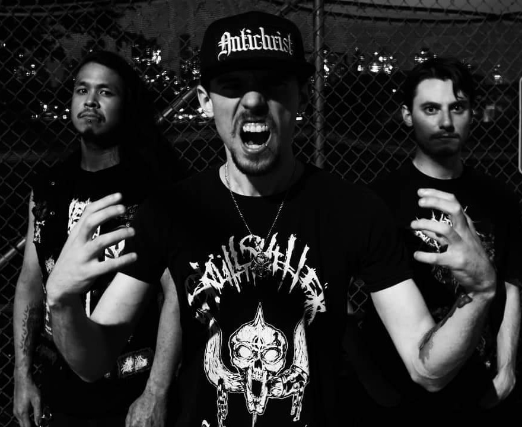