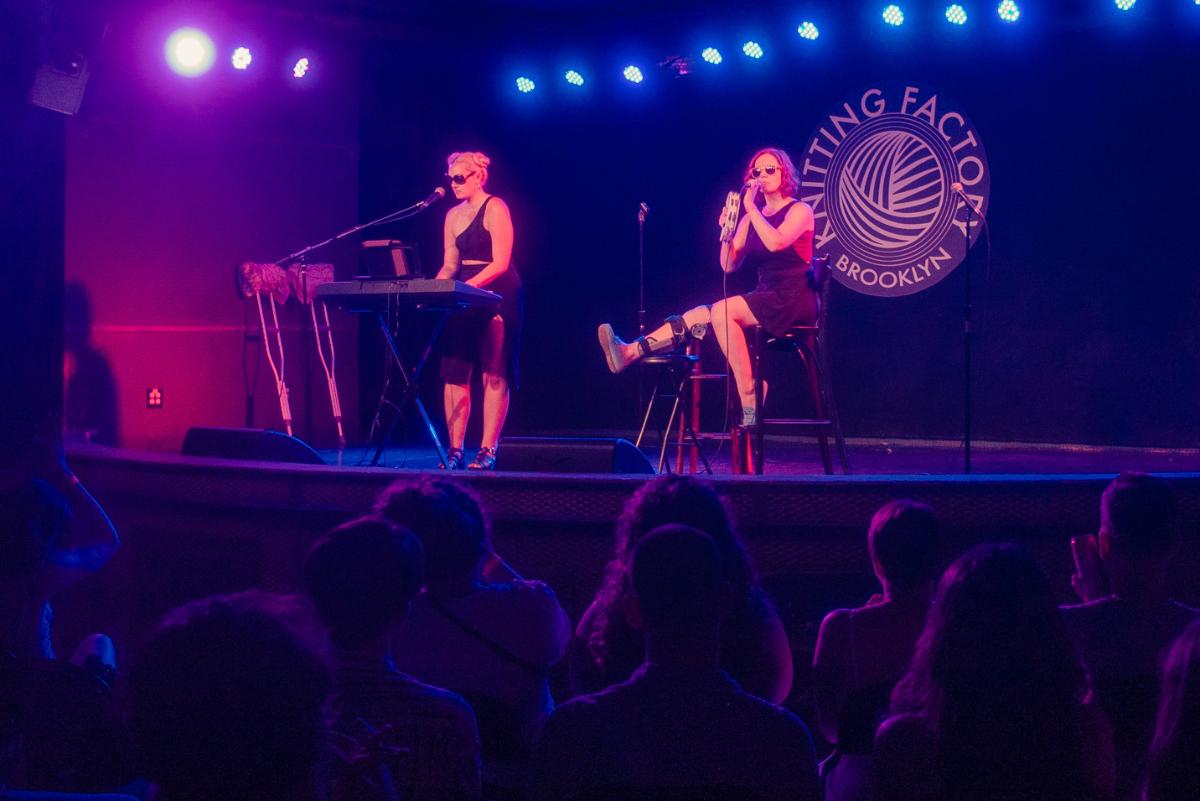 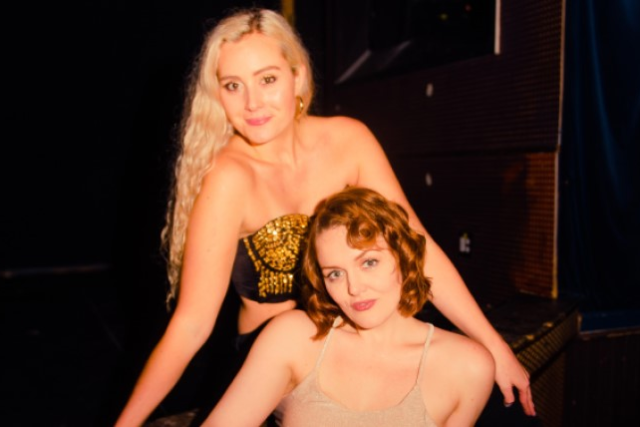 Sally Ann Hall
Sally Ann goes by Sally Ann, and is an award-winning Brooklyn-based comedian, writer, actress, and singer. Originally from Alaska, she came to New York by way of Idaho, to fulfill her dream of performing nightly for tourists visiting from Alaska and Idaho.

Sally Ann is the co-host of Left Breast Comedy Hour! at the Knitting Factory – a musical comedy variety show that has been recommended by The New York Times and TimeOut NY. The second Friday of the month, every month, with Kim Dinaro.

Sally Ann was featured in VICE for her Zoom comedy during the pandemic.

Her lockdown solo show Half-Baked Alaskan can be seen online now at the Brighton Fringe Fest.

Before the pandemic, she was named a Comic to Watch for the New York Comedy Festival.

​Kimberly Dinaro
Kimberly Dinaro is a Brooklyn-based writer, comedian, mermaid and teen pop star. She graduated from NYU Tisch School of the Arts for Dramatic Writing and is now a staff writer at Someecards as well as a contributor for The Betches political news section, "The Sup” and the Betches main site. She was one of the OG interns and is still a contributor to the satirical women’s news site, Reductress, having published nearly 70 articles. She received "Best of the Fest" at the Burbank Comedy Festival, landed the Elite 8 in Caroline's on Broadway's March Madness Competition and was a two-time finalist in the She Devil Comedy Competition at Broadway Comedy Club. In addition, she has performed at the Cape Fear Comedy Festival, North Carolina Comedy Festival, the Riot Grrrl LA comedy festival and the musical comedy show at The Duplex Cabaret Theatre as part of 2019’s New York Comedy Festival.