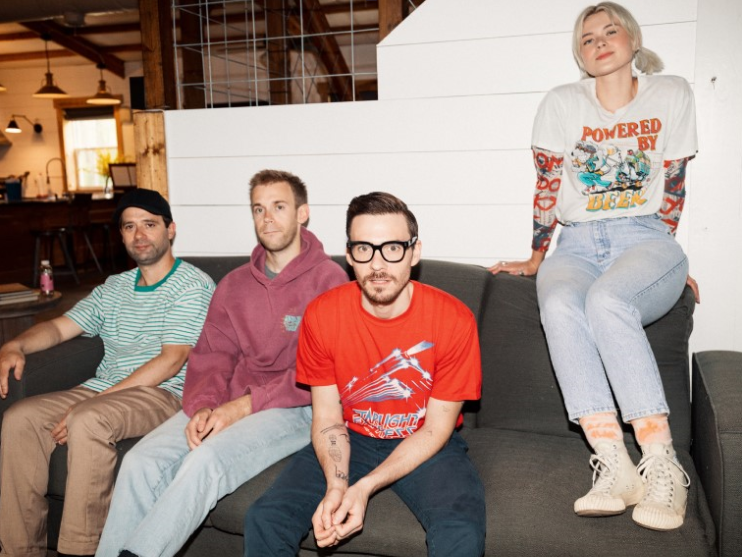 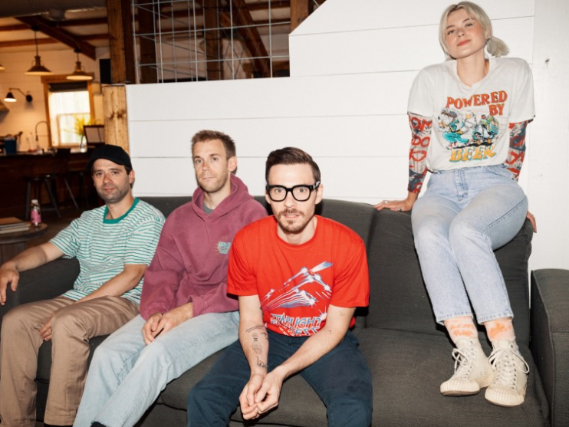 Lead singer and Winnetka Bowling League front man Matthew Koma is an award-winning performer, songwriter and producer who has worked with a diverse range of artists including Bruce Springsteen, Keith Urban, Demi Lovato, Britney Spears, Tiësto, Ryan Tedder, Pentatonix, RAC, The Knocks, Shania Twain, Kelly Clarkson and many more. New Jersey raised, Koma formed Winnetka Bowling League in 2018 in Los Angeles along with his brother Kris Mazzarisi on drums and released their self- titled EP. Their second EP Cloudy with a Chance of Sun was released in 2019 and followed by Congratulations in 2020, all brimming with finely tuned guitar pop, catchy lyrics and perfectly calibrated songwriting. Rounding out the band is Sam Beresford on keys. The Los Angeles Times declared their debut “On The 5” as an “undeniably anthemic pop,”  V Magazine described “Grammy-winning singer-songwriter Matthew Koma…[as] raw and honest, possessing a dry sense of humor that is reflected in both his songs and his mannerisms…[Winnetka Bowling League is] the perfect pairing of deep lyrical content and alternative rock melodies,” and Idolator raved “Winnetka Bowling League continues to roll out hands-in-the-air pop/rock anthems at an alarming rate.”
READ MORE +