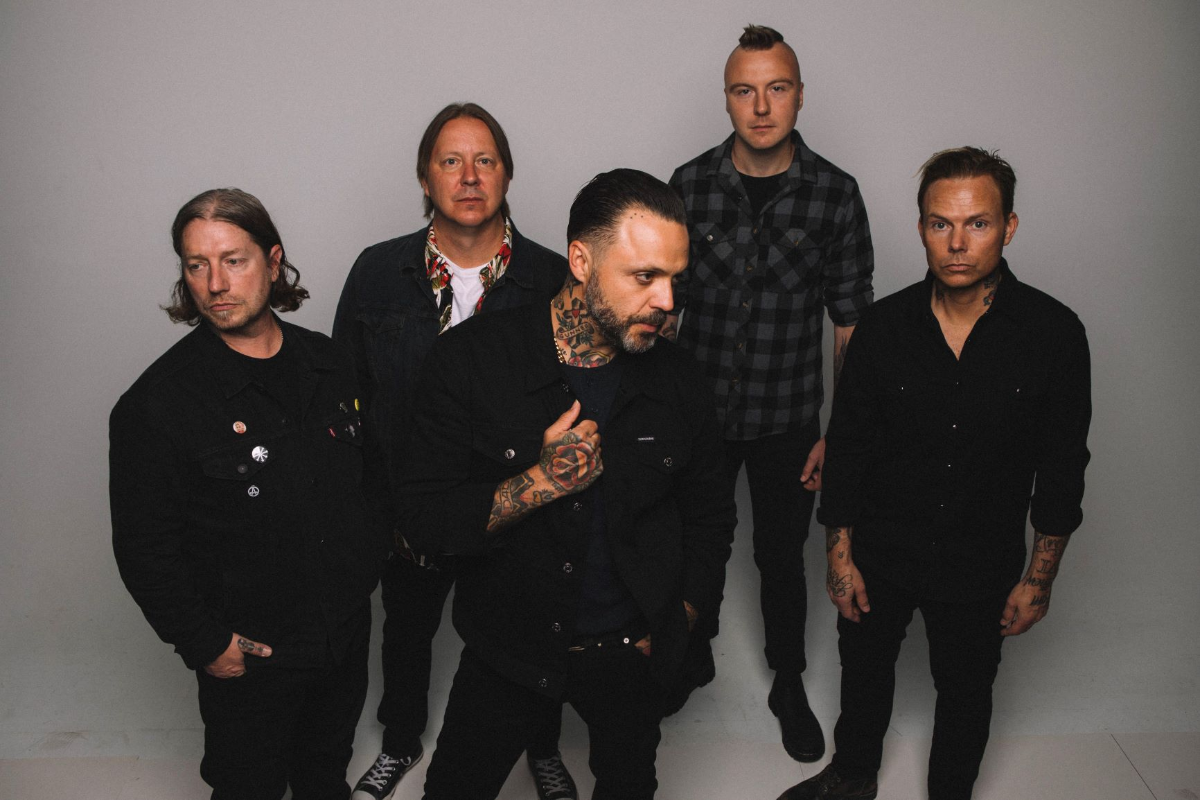 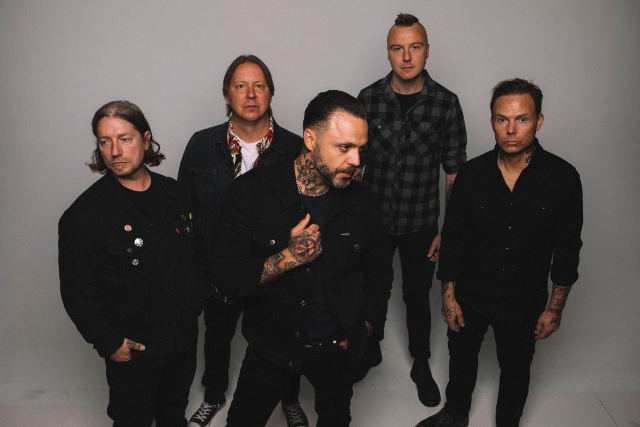 In this age of pervasive and boundless jadedness, you might be forgiven for being taken aback when someone says to you: “I hope you’re happy.” It’d be easy to load that phrase with acerbic meaning, to interpret it foremost as coming from a place of spite and sarcasm. And nine times out of 10, you’d probably be right. But in the case of seminal musicians Blue October, the statement is disarmingly sincere.

It’s a surprise, to be sure. But “I Hope You’re Happy,” the title track representative of the Texas outfit’s new release in both word and sound, is the first burst in a salvo of overwhelming positivity—a sonically abundant, rich, lusciously atmospheric, lovingly produced record.
Early fans of the band’s work, those who haven’t kept track of the band’s journey in its latter years, might be hard-pressed to recognize the foursome—comprised of Ryan Delahoussaye, the band’s multiinstrumentalist; Matt Noveskey on bass; and brothers Jeremy and Justin Furstenfeld, the band’s drummer and front man, respectively. The group, once known for its stormy dynamic and self-destructive tendencies, couldn’t be more distinct, today, from the band it once was. And the members of Blue October want everyone they encounter to know the great place they’re in, emotionally, physically, and spiritually. “We’ve had the highest of highs and the lowest of lows, and we’ve come out the other side,” says Noveskey, who describes the record as “emotional.”
Such is the subject matter of a soon-to-be-released documentary “Get Back Up’ detailing the band’s transformation from sordid to solid, from ravaged by the tempest of addiction to being blessed with second chances and embracing the joys of life. Just like any other relationship, the band’s dynamic is multifaceted, and what we’re privy to in the film is a deep dive into the group’s past and new found look on life. Film trailer out now on YouTube.
We’re all in a great place now,” says Delahoussaye. And that shines through on our new album I Hope You Happy: The band’s frontman and guitarist, Justin Furstenfeld, was at the helm—his first time producing an album.
“Justin had a specific vision; we trusted he knew what it needed to sound like,” offers Noveskey.
And even though I Hope You’re Happy was the first record Justin Furstenfeld produced on his own, he still managed to push the envelope, leading his band to new heights in terms of sound and production. “I really had to take the training wheels off this time,” he says. “In today’s day and age, as a producer, you learn so much from people; like, I’ve worked with Tim Palmer and Steve Lillywhite.” Furstenfeld’s production style was the result of years of studying the craft and taking notes from storied producers— then stepping out of his comfort zone to experiment in a way that would yield a truly lush soundscape. “If it works, it works,” says Furstenfeld. “I don’t care if you practiced it or it’s perfect, if it’s hooky, I’ll make it work and use it. It’s art for me.”

The rest of the band was fully on board with Justin’s vision, placing their faith in him to produce a record above and beyond what Blue October had done before. “Justin’s got this gift where he can envision, like a movie, what the entire song is going to sound like before he even plays a note,” says Jeremy Furstenfeld. “Like, the song is already written completely, part by part. It’s a gift, how he can hear everything. Like the song’s there, it’s done.”
A major component of the new record can be found in the massive string arrangements composed by Delahoussaye.
“If you’ve got a string player that plays all these instruments, you get in the studio and see what he’s got,” says Justin Furstenfeld. “It’s beautiful and when you hear it, you’ll be touched.”
“One of the things that I love about this record is that Ryan can provide an entire orchestra by himself. He can bring in this whole cinematic aspect to a song; it makes it feel like it’s a film. He can really shine on this record,” says Noveskey.
The record itself seemingly can’t be categorized, according to Blue October. “I don’t even consider us a rock band in the first place. This record has no genre,” says Justin Furstenfeld. Per Furstenfeld, the post-production process for the new record entailed “having an urban mixer mix an alternative band produced like art rock.” Perhaps that’s why Blue October’s canon is so eminently accessible, because the band defies genre—and what’s more, because their message is so relentlessly positive as to doubtless brighten the effect of fans and listeners, new and old alike.
I Hope You’re Happy is out on Up/Down Records, in partnership with
Brando Records, a record label founded by Justin Furstenfeld and Managers Paul Nugent and Mike Swinford.  Justin is in complete control as the creative force and label president.
The album’s title track I Hope You’re Happy climbed to #14 on the US Alternative Chart, followed by Daylight that reached #22.  For those of us counting Blue October has 14 top 40 charting singles including their latest single ‘King’.  Blue October has released nine studio albums in their storied career.
With a brand new record, the boys from Blue October are putting their full weight behind each show on their tour. Justin has now been sober (and loving it!) for seven years as of May 10th 2019; the band is happy and enjoying life both on the road and at home with their families; and they want the best for everyone in their lives. Says Justin: “I Hope You’re Happy is about wishing your enemies well... anyone who’s touched my life, or I’ve touched your life— life’s so short, and I hope you’re happy.”